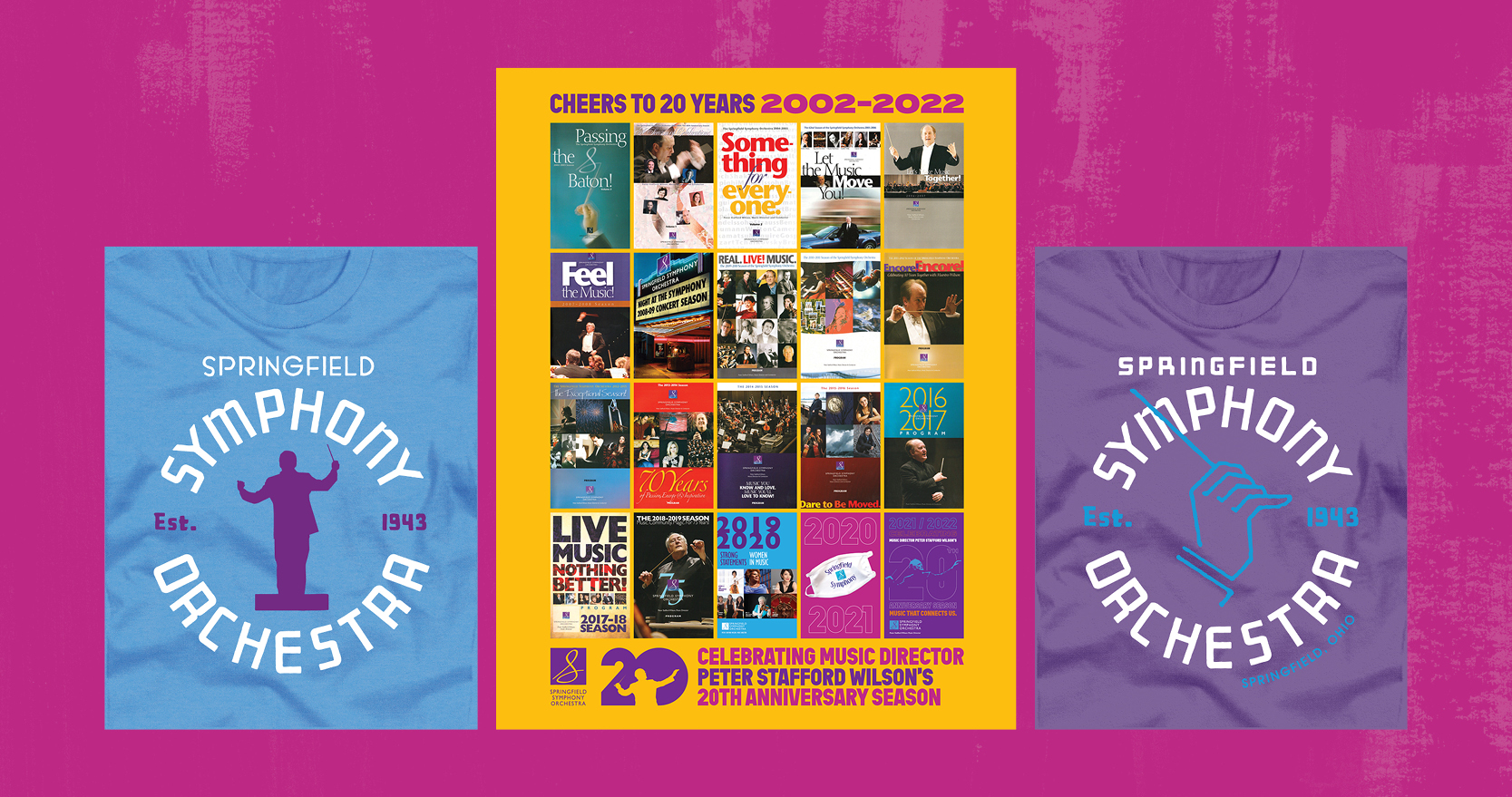 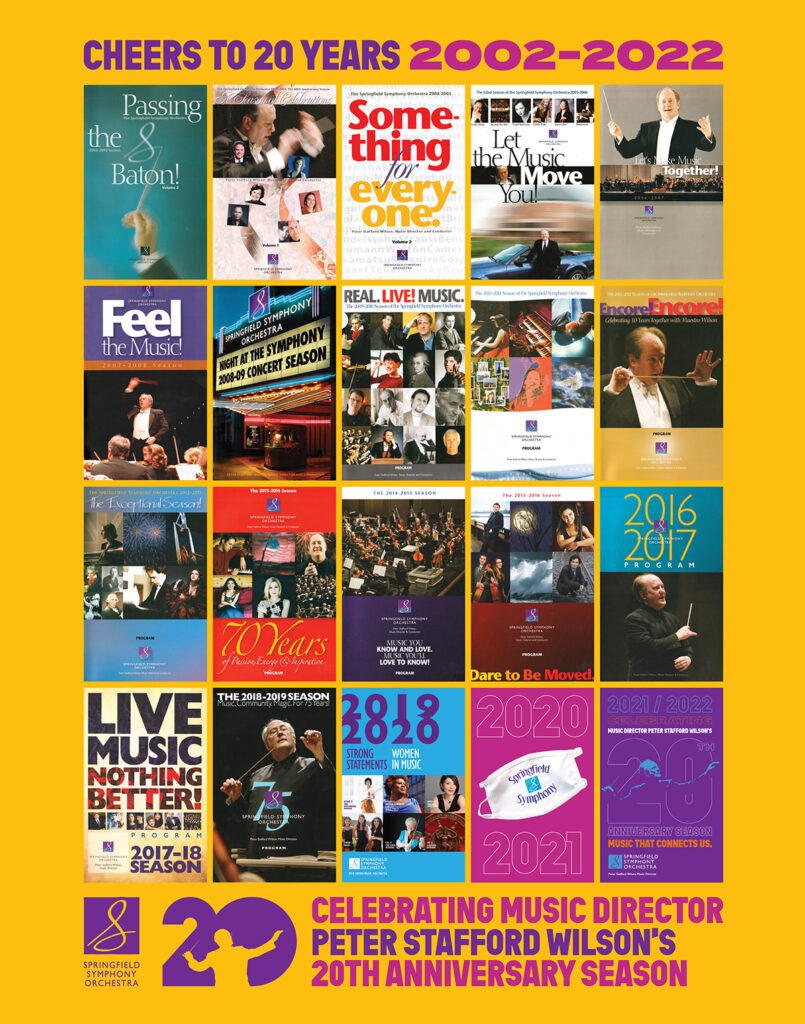 This year we have been celebrating Music Director Peter Stafford Wilson’s 20th anniversary season. To commemorate the year, we have compiled every program cover from the last 20 years into a limited edition 22″x28″ poster.

Purchase below or in the lobby before each concert.

Pick up your online purchase at the SSO offices or the next time you go to a concert. 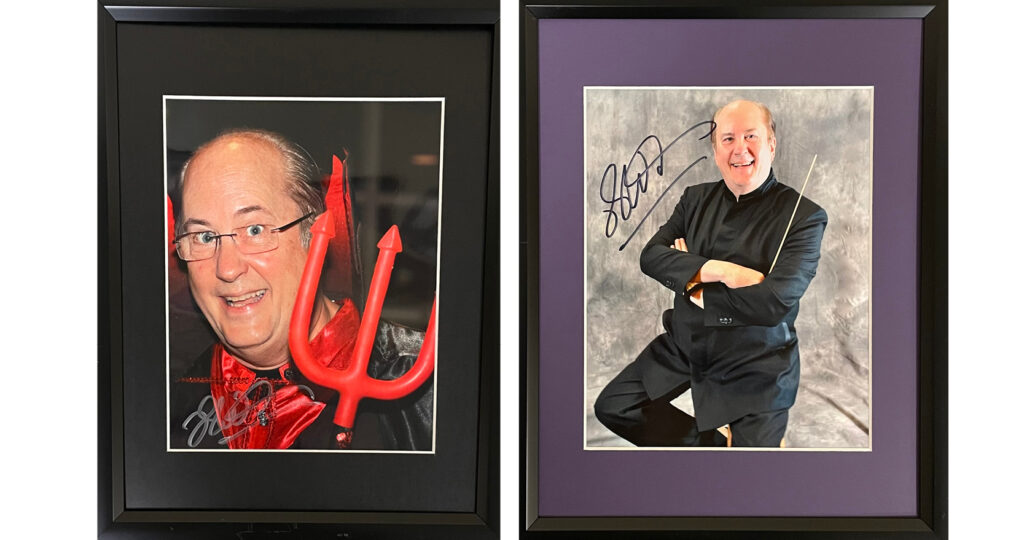 Starting bids are $30 per picture and should increase in increments of $5.00.

Photos are on display in the lobby during our season concerts. The winning bidder will be announced at the “It’s a Wrap” reception following the final concert of the season.  Do not need to be present to win, the office will notify the winner if not present. 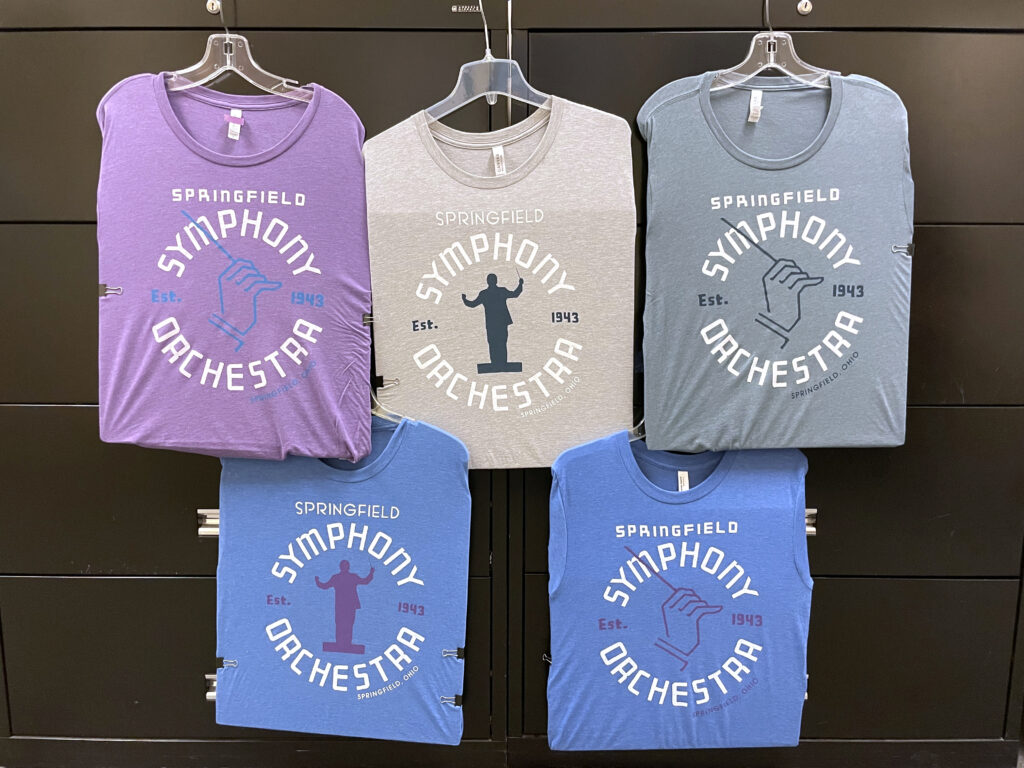 We have a set of super soft SSO tees for sale in limited remaining quantities.

Don’t miss your opportunity to purchase one while they last.