>> Back to the main page

“No sooner had Peter gone, than a big grey wolf came out of the forest.”

Do a wolf word search online 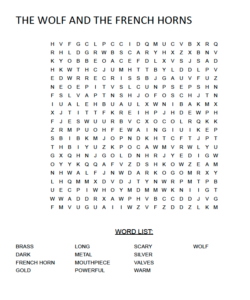 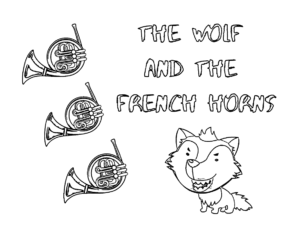 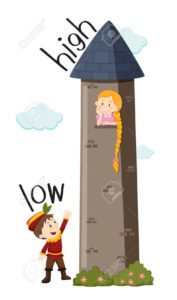 1) The French Horn is a member of the brass family. It has the widest range of all the brass instruments, which means it can sound both very low and very high. 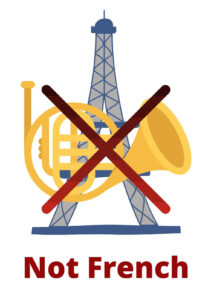 2) Even though the instrument is known as the “french” horn, in 1971, the International Horn Society recommended that the instrument be simply called the horn. Even in France, the horn is simply known as a cor (horn). 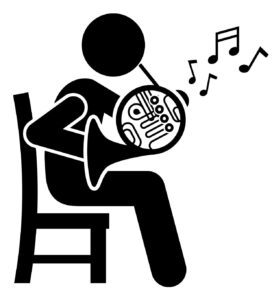 4) The origin of the horn goes back to 16th-century hunting horns used by French and German hunters to communicate with each other.

5) If uncoiled, the horn tubing inside the instrument would be 20 feet long! Also, the horn

6) The French Horn is the only brass instrument with a bell facing backwards. 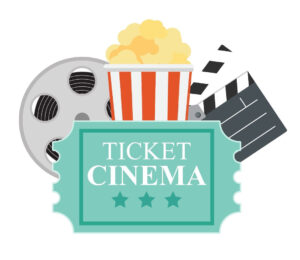 7) Film composers often like to use the french horn in their film scores to convey a majestic sound. You can hear some great french horn playing in film scores such as Harry Potter, Star Wars, Indiana Jones, the Lord of the Rings, and others!