The Springfield Symphony Chorale is made up of 150 singers from Clark County and many surrounding counties. Their numbers include teachers, lawyers, engineers, librarians, high school students, choir directors, social workers, college students, physicians, retirees from various professions, and more. Some measure their age in years and others in decades. Some have formal musical training, and others have none. Though they may work in business, health care, public service, education, industry, and though they may differ in ages and ethnicity, they share at least one passion: music. They are a community of singers who believe, as Martin Luther wrote, “As long as we live, there is never enough singing.”

The Chorale has been a part of SSO history since the orchestra’s very first performance on March 19, 1944, thrilling that first-ever audience with a performance of the Brahms Requiem. Subsequent seasons through the years featured the Chorale prominently in a wide variety of performances with the orchestra. Re-formed in 2006 with performances of Poulenc’s Gloria and Bruckner’s Psalm 150, the Chorale has appeared with the orchestra each subsequent year for such masterpieces as Beethoven’s Symphony No. 9, Vivaldi’s Gloria, Haydn’sLord Nelson Mass, and Orff’s Carmina Burana. An epic performance of Bizet’s Carmen during the 2012-2013 season set the stage for the SSO’s 70th anniversary season in 2013-2014, featuring the Chorale in a dramatic celebration of Springfield’s contribution to Civil War history, and a moving season finale that included Faure’s Requiem.

This year, the Chorale will be performing with the Symphony on Ludwig van Beethoven’s 9th Symphony, “Ode to Joy.”

When: Saturday, May 18, 2019, 7:30 pm
Where: Clark State Performing Arts Center Kuss Auditorium
Rehearsals will be held on Saturdays 10am to noon, beginning in March, 2019 at Springfield High School.
Rehearsals with the Orchestra will be held evenings during concert week of May, 2019 at Kuss Auditorium.
For more information, contact Basil Fett at 937-325-3120 or email basilfett@gmail.com.

The Chorale rehearses every Saturday morning, beginning about ten weeks prior to each concert depending on the difficulty of the literature. Rehearsals start with warm ups and voice building exercises, followed by working on the pieces being prepared for the concert. Concentration is placed on note preparation and then shifts to the musical aspects of the performance, according to the Chorale’s Director, Mr. Basil Fett.

For information about joining the SSO chorale, please contact Basil Fett at 937-325-3120 or email him here. 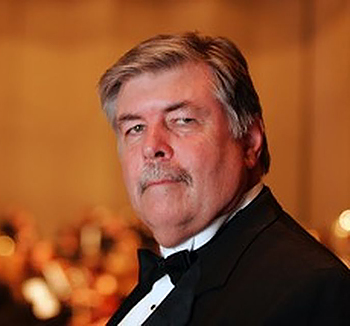 Widely recognized for his role in the musical arts in the Miami Valley, Mr. Basil Fett holds a Bachelor of Music from Miami University, Ohio, a Master of Music in choral conducting from Bowling Green State University, and is an accomplished, respected soloist and choral director.

In addition to his work with the Springfield Symphony Chorale, Mr. Fett is Director of Music at Covenant Presbyterian Church and only recently retired as Director of Choral Music at Wayne High School.